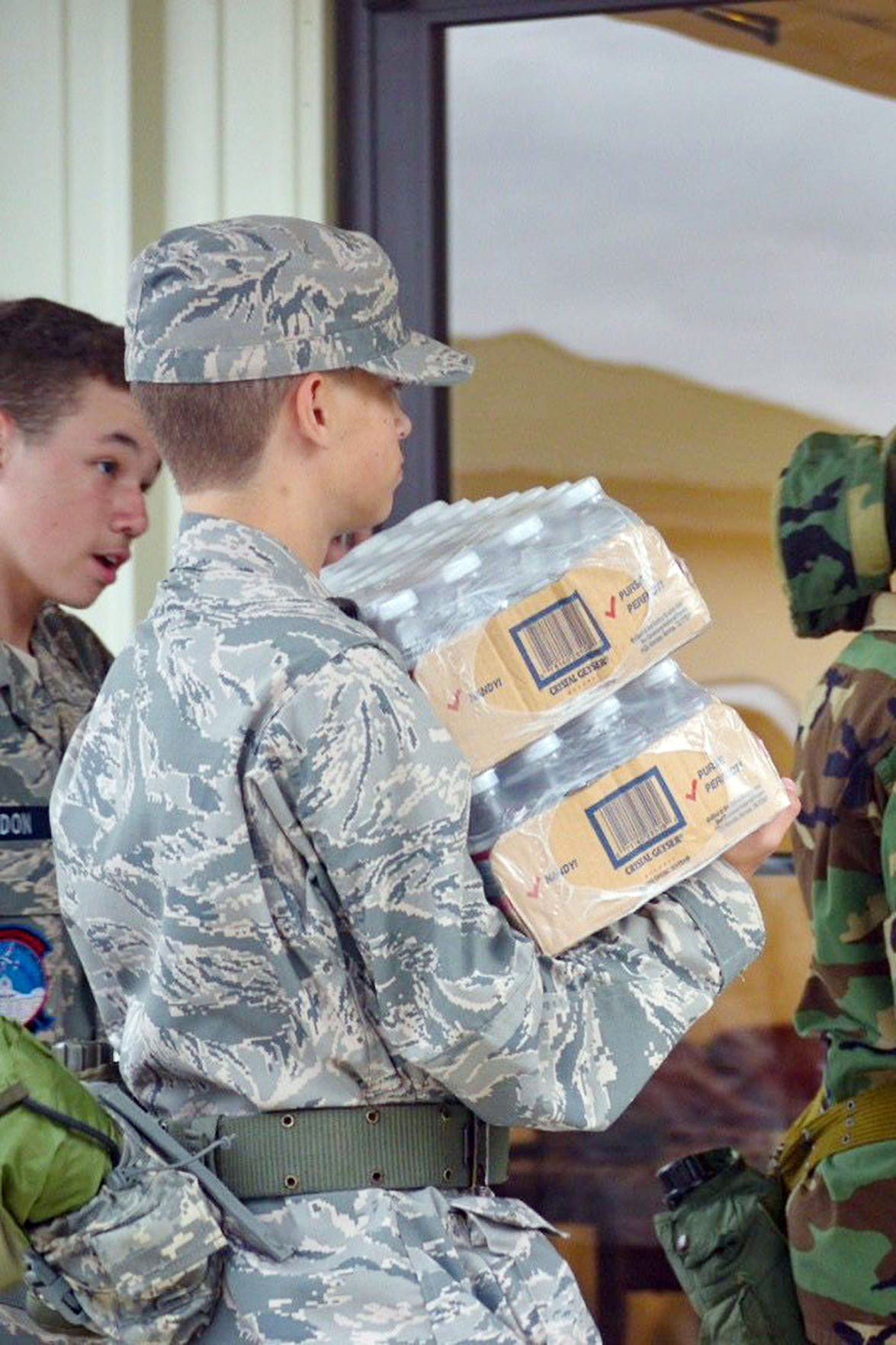 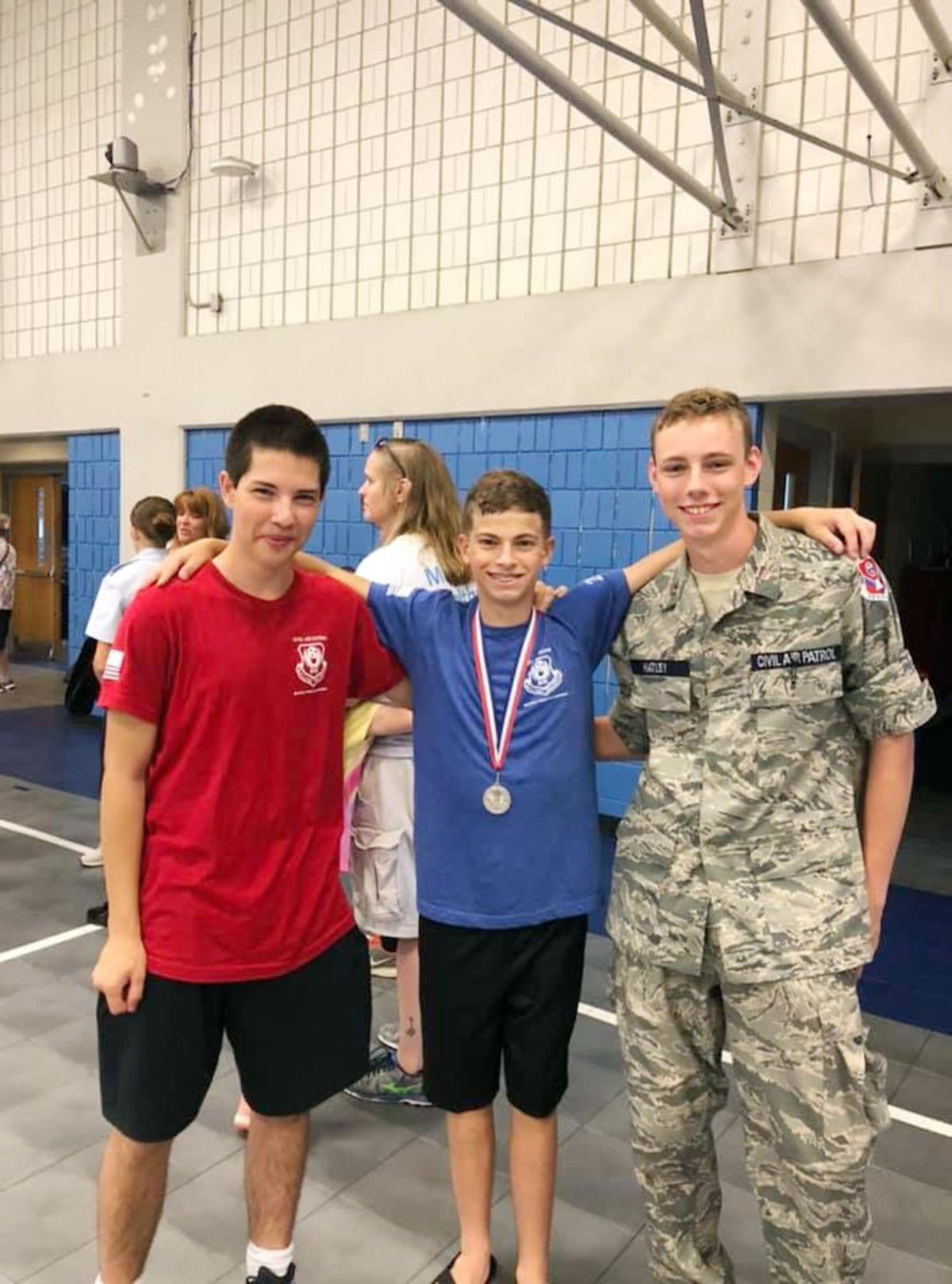 The three Henry County cadets enjoy downtime after graduation. Cadet Colin Davis (center) is displaying the medal his flight won for being Honor Flight for the encampment. 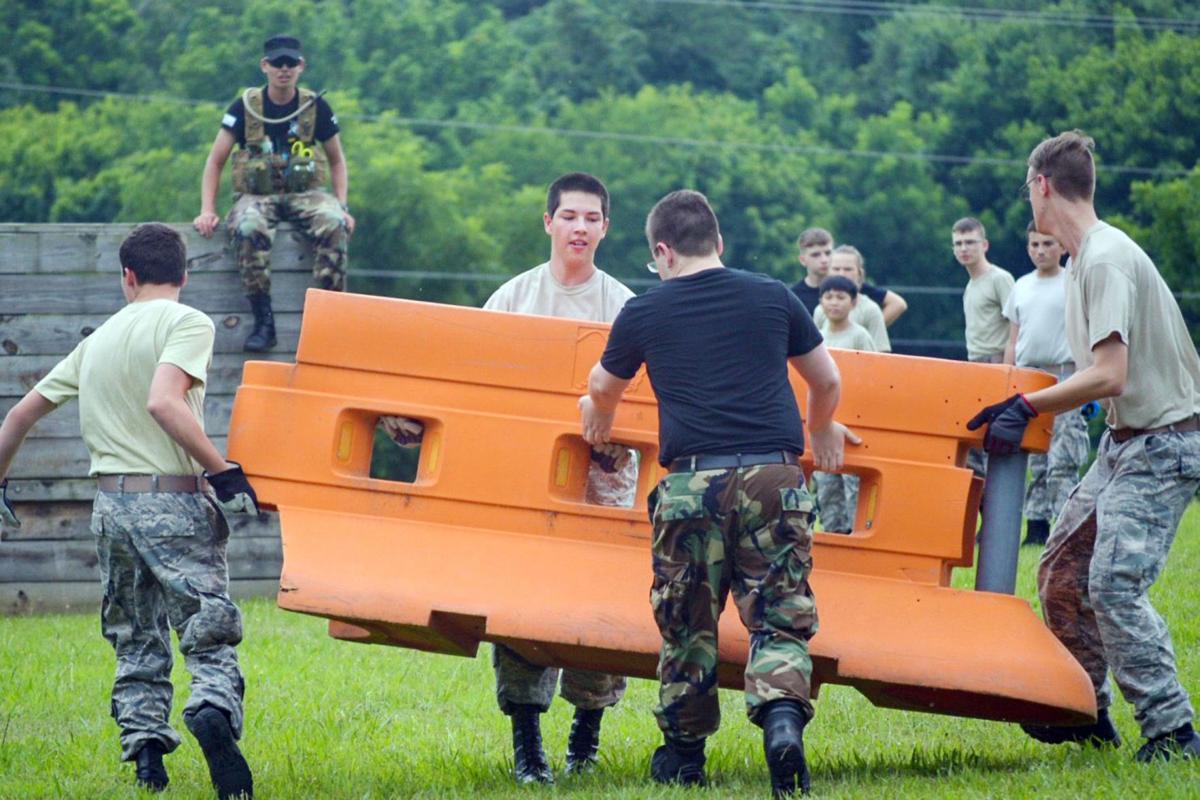 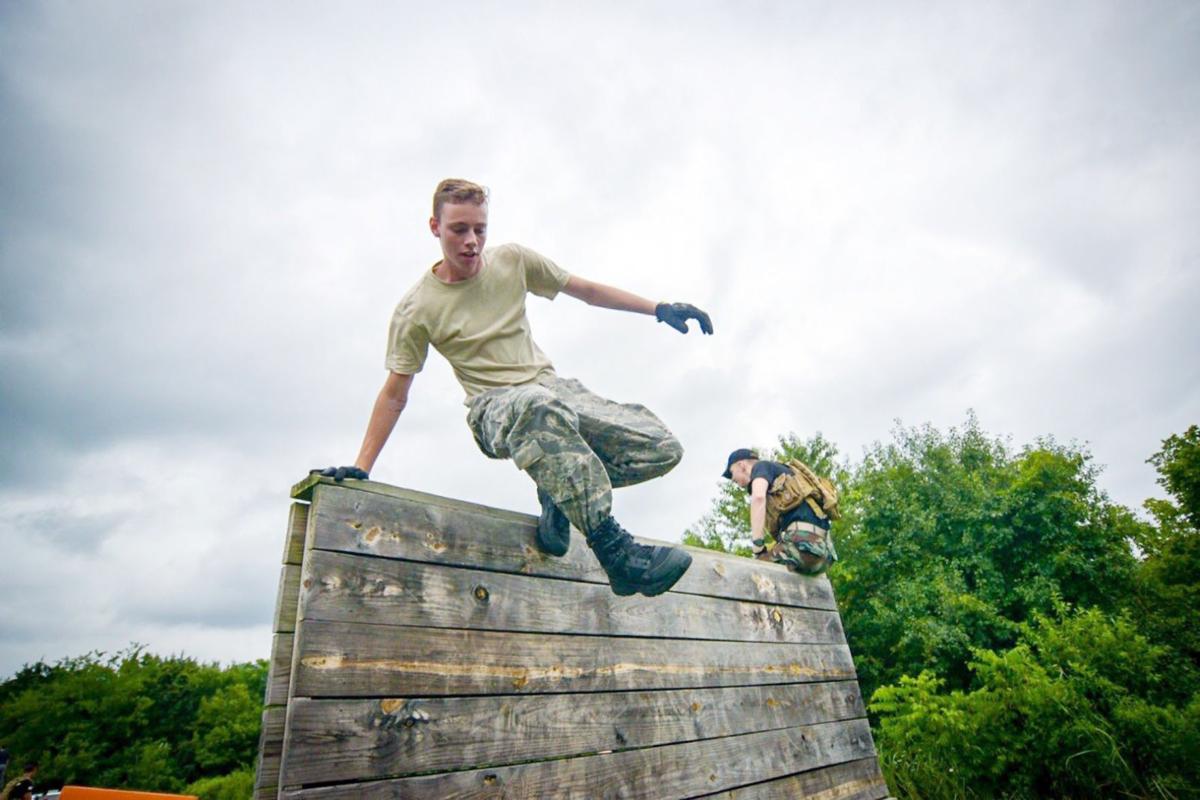 The three Henry County cadets enjoy downtime after graduation. Cadet Colin Davis (center) is displaying the medal his flight won for being Honor Flight for the encampment.

The week’s activities included rising early in the morning for physical training before breakfast, classroom time studying aerospace and leadership concepts, and practicing drill and ceremonies.

The week isn’t all hard work, though. Every evening was spent playing ultimate frisbee, and cadets were given unique opportunities including a ride on a Blackhawk helicopter, water survival training and running the Knox County Sheriff’s Department obstacle course.

The purpose of encampment is to develop the cadets’ leadership skills, learn about aviation, space and technology, commit to a habit of regular exercise and live the Civil Air Patrol’s core values.

According to the local squadron’s leadership, the actual takeaway is so much more. Cadets from a single unit are never grouped together. Instead, they are placed into a flight with cadets they’ve never met, and by the end of the week, they’ve become friends and created a well-oiled team that works together. Encampment is the required first step into the national world of Civil Air Patrol. Local unit cadets can participate in various activities such as SAREX (Search and Rescue Exercises), aerospace and leadership training at the state and local level, but aren’t eligible for other national activities until they complete encampment.

According to the cadets, it wasn’t an easy week, but it was a rewarding one.

When asked about his experience, Hatley responded, “I made a lot of friends and I realized that Civil Air Patrol is for me.”

“The self-discipline that we learn is great, and also learning about leadership can really help you in life,” he said. “Encampment holds really enjoyable activities as well.”

The Henry County Squadron is one of five squadrons in West Tennessee.

It meets the first and third Saturday of each month at 9 a.m. in its hangar at 365 Flatwoods Lane off Highway 69 northwest of Paris.