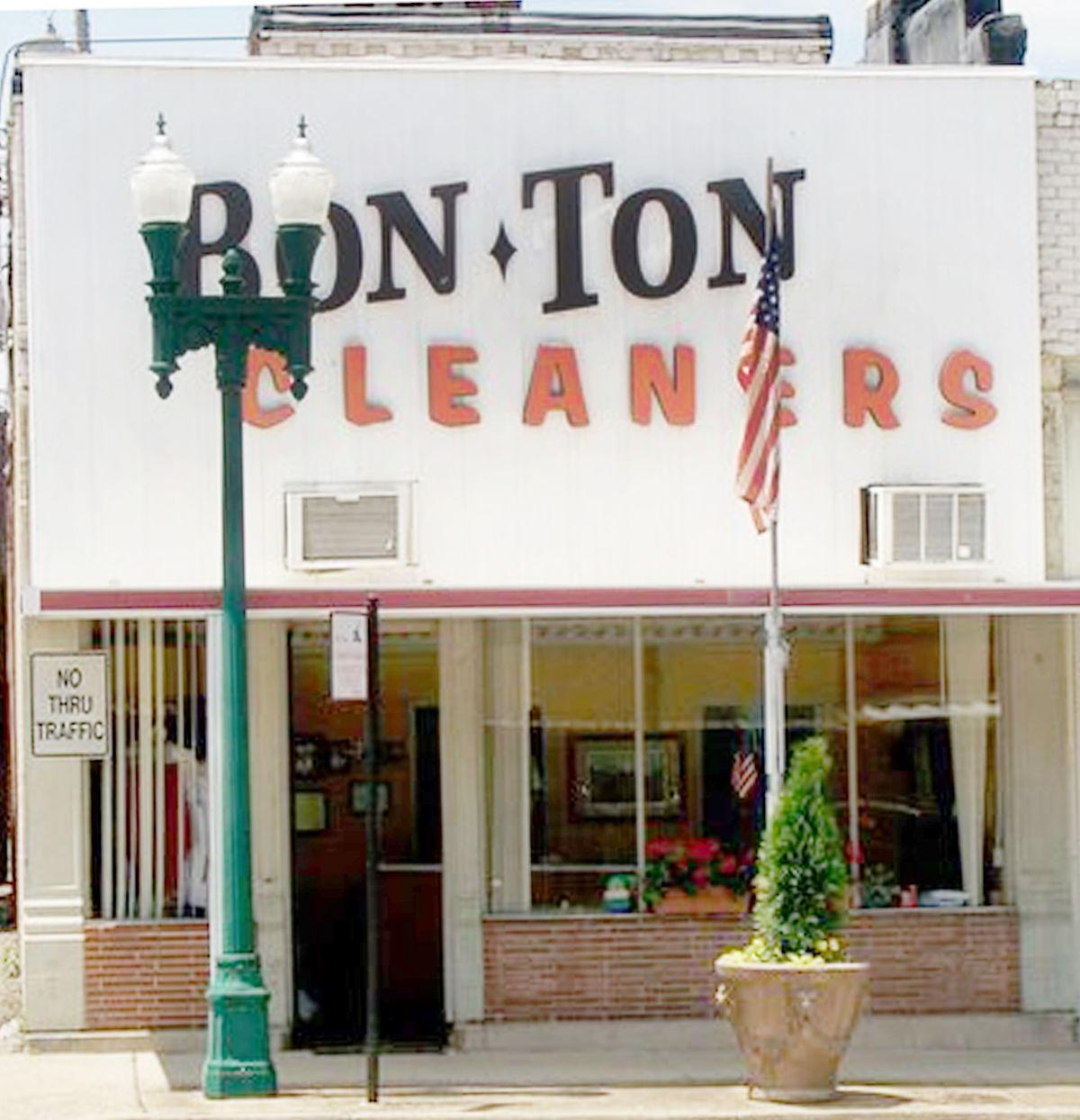 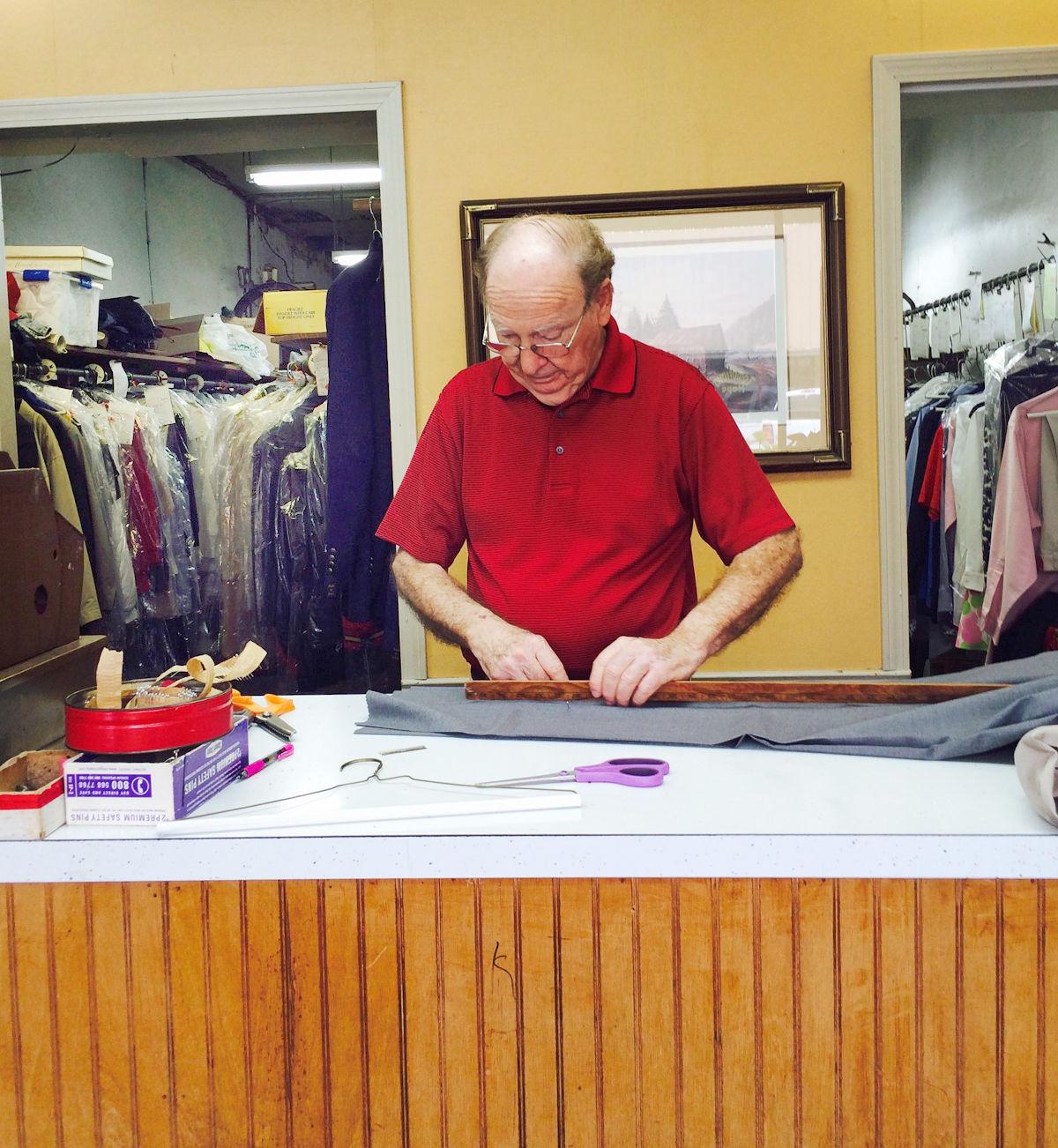 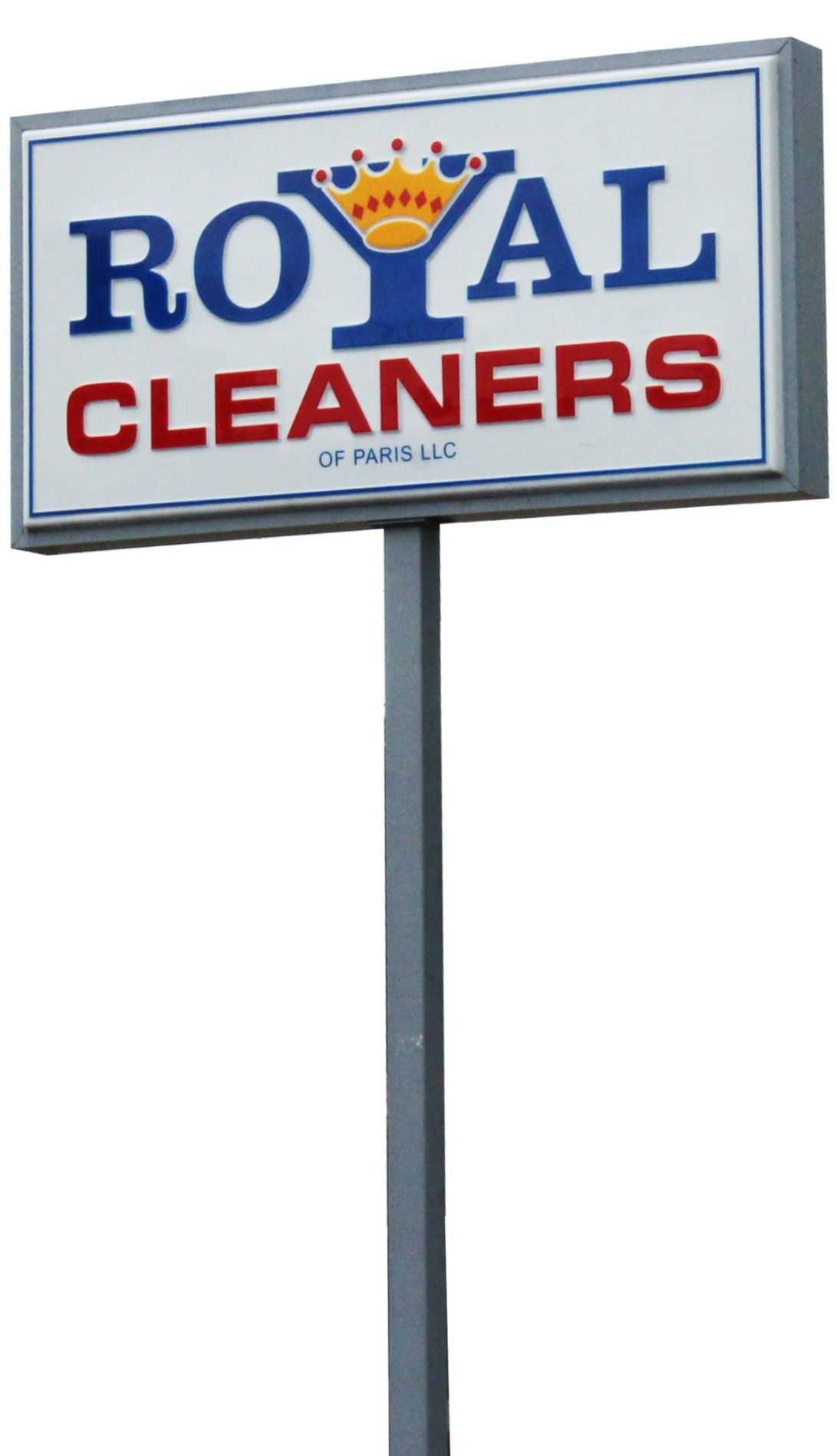 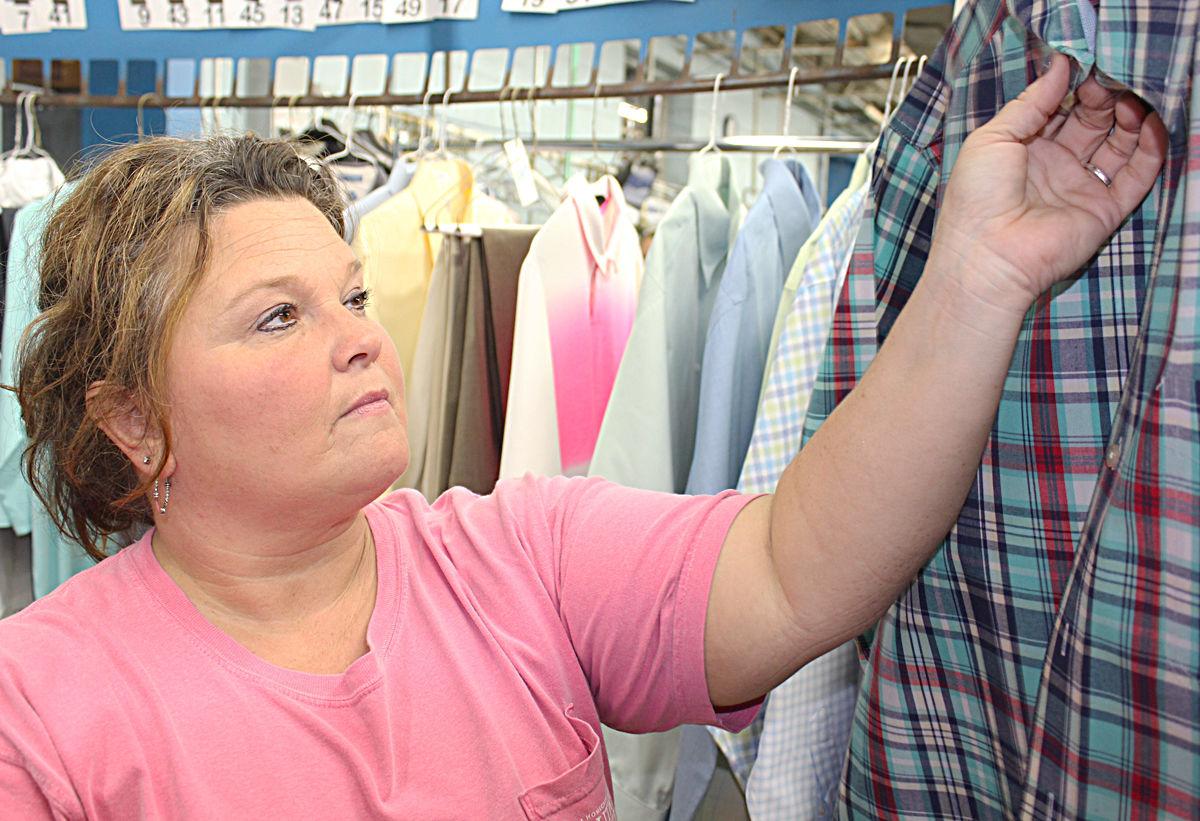 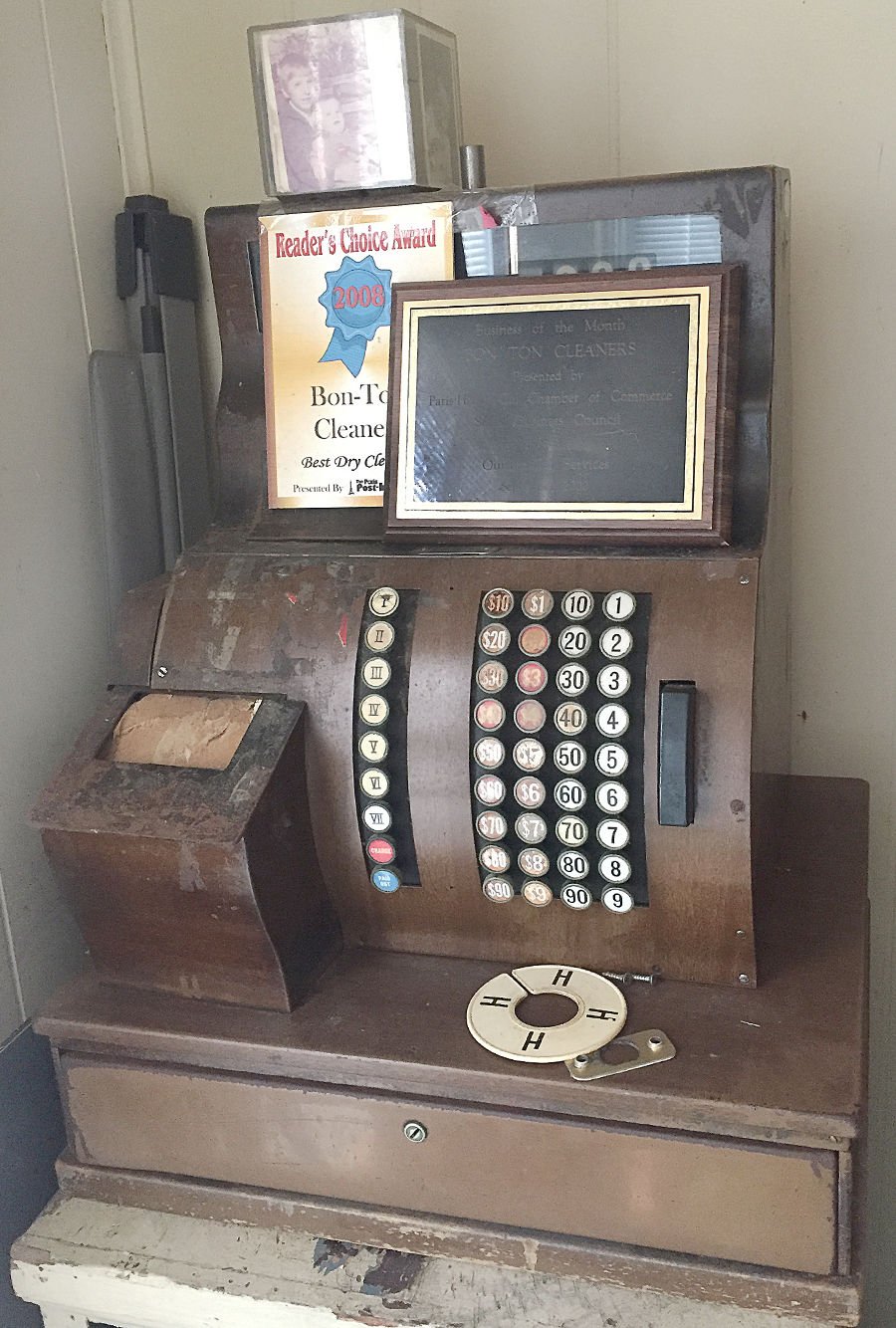 One of the few items that the Harts kept from the store is the original cash register that was in Bon-Ton Cleaners. This 2015 photo (below), shows Bon-Ton owner Wayne Hart altering a pair of pants. 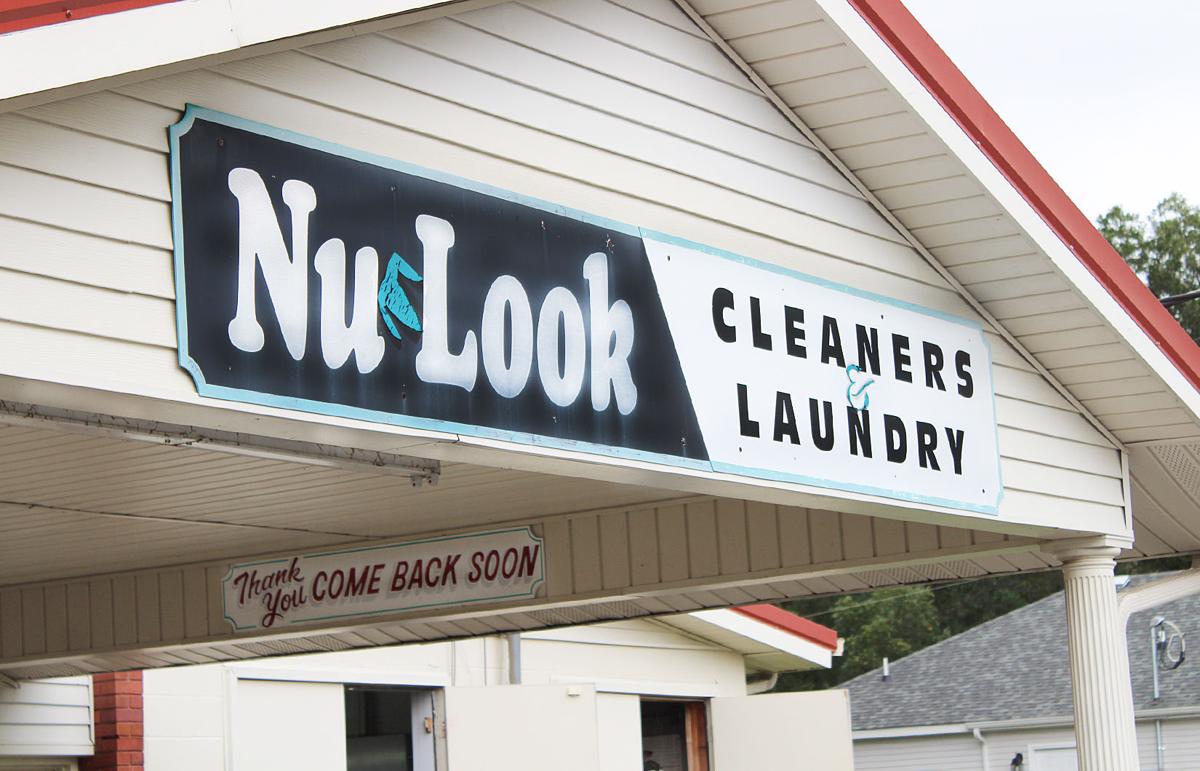 One of the few items that the Harts kept from the store is the original cash register that was in Bon-Ton Cleaners. This 2015 photo (below), shows Bon-Ton owner Wayne Hart altering a pair of pants.

Henry County was home at one time to more than a half-dozen dry cleaners in the downtown Paris area.

Star Cleaners, which later became Bon-Ton Cleaners, can be traced back to the early 1920s, when J.H. Burns and D.G. Clary became partners and opened up the Burns Cleaning Co. The partners ran the cleaners for 13 years, before Burns died in 1934. Burns’ share of the store went up for auction and Ben Diggs purchased the share. Clary bought that share from Diggs in 1934, at which time he changed the name of the cleaners from Burns Cleaning Co. to Star Cleaners, located on Brewer Street next to the U-Tote-’Em Grocery Store. In 1935, Clary announced that the cleaners had two of the latest kinds of dry cleaning machines, a drying tumbler and a new pressing machine, which was said to iron clothes without a trace of shine. The cleaners also had a pickup station at Camp Tyson in Routon during this time.

In 1961, Carl “Chip” Robinson purchased Star Cleaners from Noel Cotton Compton. At that time, Robinson had already spent 15 years in the dry cleaning business. Robinson changed the name of the business to Bon-Ton Cleaners, 210 N. Poplar St. He later sold the business to Wayne and Patty Hart in 1972.

The Harts operated the cleaners for 43 years before they retired in 2015. Wayne Hart originally worked at the Baby Shoe Co. for 10 years until it closed, before he got into the dry cleaning business. Hart served as the manager of One-Hour Martinizing Dry Cleaners, which was owned by Albert Hale, at the time. Hart managed the cleaners for two years in 1969, before he bought Bon-Ton Cleaners in 1972.

Several things that hurt the business included the government regulations that were imposed on the dry cleaners for the chemicals they used to treat the clothing and the struggle to keep competitive prices.

Bon-Ton Cleaners did dry cleaning, laundry and alterations for businesses and their customers.

“After 43 years in business, we decided to retire in 2015. We had good hard working employees throughout the years,” said Hart. “We loved our customers and the friendships we made over the years … thanks for the good memories.”

In 1973, Charles and Linda Bennett bought the dry cleaning business and operated the business under the One-Hour Martinizing name for several years before changing the name to Royal Cleaners.

“Our customers who came in always asked how to spell martinizing, so we just decided we wanted something simpler that people could write on their checks,” Charles Bennett said. “So we decided to change the name to Royal Cleaners, which is the name we’ve been operating under for around forty years.”

Bennett said that not only have the chemicals they use become safer, other advancements in technology have helped change the dry cleaning business for the better.

“Computerization is big in our business. Everything at the store has a barcode on it that we scan and it helps us keep track of where the clothes are. That really takes out a lot of the human error in this business” said Bennett.

Bennett went on to say that with so many clothes coming from China and fabrics becoming washable, the dry cleaning business has taken a hit. Bennett also noted that with fashions changing, not as many people wear suits or dry cleaned clothing on a daily basis anymore.

“Royal Cleaners is strictly a dry cleaners. We don’t wash clothes in a washing machine like you would at home, like some of the other cleaners,” said Bennett. “We use special chemicals to clean and dry the clothes. We have new machines now that will press shirts and we still iron the clothes.”

Royal Cleaners still offers alterations at the business, but Bennett said it’s harder nowadays to find someone who can alter a garment since doing alterations requires taking the garment apart and putting it back together. Bennett said when he and his wife started running the business, they had one employee and now they have eight employees.

One thing that Hart and Bennett agree on is that they both ran the cleaners the same way, they treated everyone from customers to employees the way they would want to be treated.

Vogue Cleaners (Nu-Look Cleaners and Laundry), 401 E. Wood St., was another one of the original dry cleaners in the downtown Paris area. Coleman Crews owned the store before he sold it to Rick Moody, who ran it for many years. Moody eventually sold it to Emily and Wayne Wilson in December 2005. Nu-Look Cleaners and Laundry is currently owned and operated by Karen and Jonathan Johnson.

Even though there are only two cleaners, Royal Cleaners and Nu-Look Cleaners and Laundry, left in downtown Paris, there is no shortage of the interesting history of the dry cleaning business and their goals of keeping customers dressed to impress.