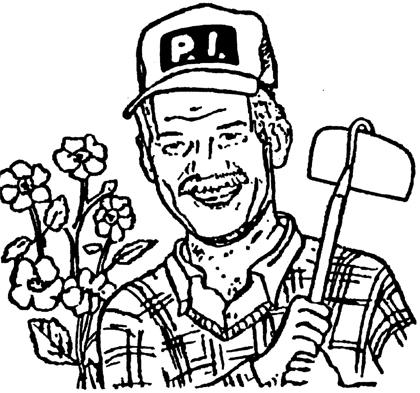 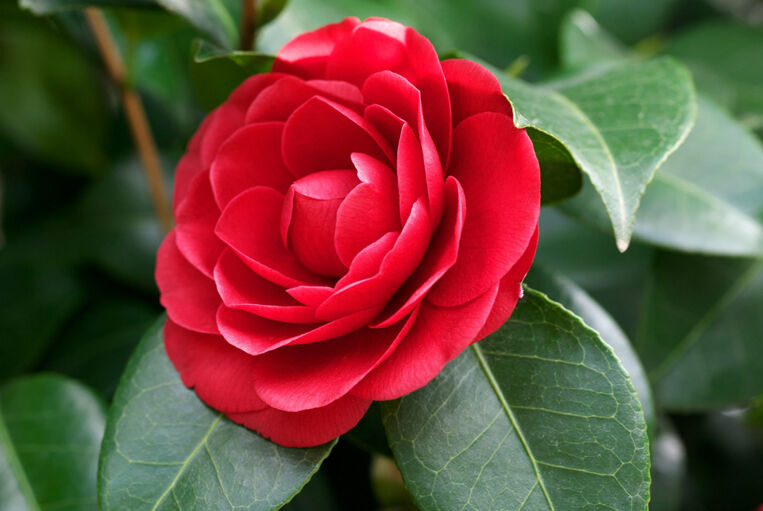 It is a treat for your writer to have the opportunity to write about plants just coming into bloom here in the last full month of astronomical autumn. Though December brings the winter solstice and the beginning of official winter on Dec. 21, November is the last whole month of the fall season.

Camellias are my subject, and though they have been mentioned here at other times only in passing, I want to give them their due in a bit more detail.

It has not been too many years ago when camellias were the queen flowers of the south, and very few were winter hardy enough to last here in our West Tennessee climate. I had a cousin who lived in Pensacola, Fla., and who was a breeder of fancy camellias with which he won show trophies numerous times. He was, in fact, once president of the American Camellia Society.

The flowers of the camellias he raised would outshine any rose going, some 4 inches wide and in a rainbow of colors. A very few were winter hardy, but he gave a cutting of one he thought might make it here to my grandmother, Lucy Cowan Williams, and she planted it at her home overlooking Williams Lake. It still survives there, under the watch-care of another cousin of mine, Joan Howe, who lives in the home mentioned.

Well, some years ago, along came William Ackerman of the National Arboretum in Washington, who devoted himself to breeding hardy camellias, and he hit the jackpot with several of them. In fact, I have blooming, as we speak, a number of Ackerman hybrids, in pink and white. True, they don’t have the huge flowers of the non-hardy ones, but that will come with more breeding effort.

Camellias like the same conditions as azaleas do, that is, acid soil well laced with peat, good drainage, light shade and water in times of drought. In fact, I have had less trouble with camellias than I have had with azaleas; loss rates have been far less.

The Ackerman hybrids, and some other newer ones, have flowers to generally about 2 or 3 inches wide, and mostly in pink and white shades. When buying camellias, be sure to check the zone recommendations. They should be hardy from zero to 10 degrees below. Sometimes dealers slip non-hardy ones in with the hardy types, so check closely.

A rundown of common Ackerman hybrids has ‘Snow Flurry,’ ‘Winter’s Charm,’ ‘Winter’s Rose,’ ‘Winter’s Hope,’ ‘Polar Ice,’ ‘Winter’s Star,’ and ‘Winter’s Interlude.’ These will begin flowering about the middle of October and keep it up until severe cold descends. I have had them in vases where, alas, they are short lived, at Christmas. The only camellia that has disappointed me, not a newer hardy one, is ‘Yuletide,’ a real beauty with bright red flowers with yellow centers, as befit the Christmas season. I had placed one in my red border a few years ago, hoping for a red splash to ring down the garden season there. The first year it filled its allotted purpose, but the next winter one of our cold spells right off the Yukon did it in. I was loath to lose it but I should have known better.

Most of these will grow to 10 feet or more, and have excellent glossy evergreen foliage. They are very drought tolerant, and most of the fall blooming kinds will start to bud up in summer and begin opening in October. If pruning is ever needed, it should be in early spring, just as the worst of the cold has passed. Friend Ann Looney has one of the biggest ones in the county, some 15 feet or more tall. I think it is white.

There are, now, other hardy hybrids from other breeders, and they are beginning to become more popular as they are better known, thus this effort to keep up their public appreciation. You can Goggle up any of them individually, or try “cold hardy camellias” for more complete information.

JIMMY WILLIAMS is the garden writer for The Post-Intelligencer, where he can be contacted on Monday mornings at 642-1162.