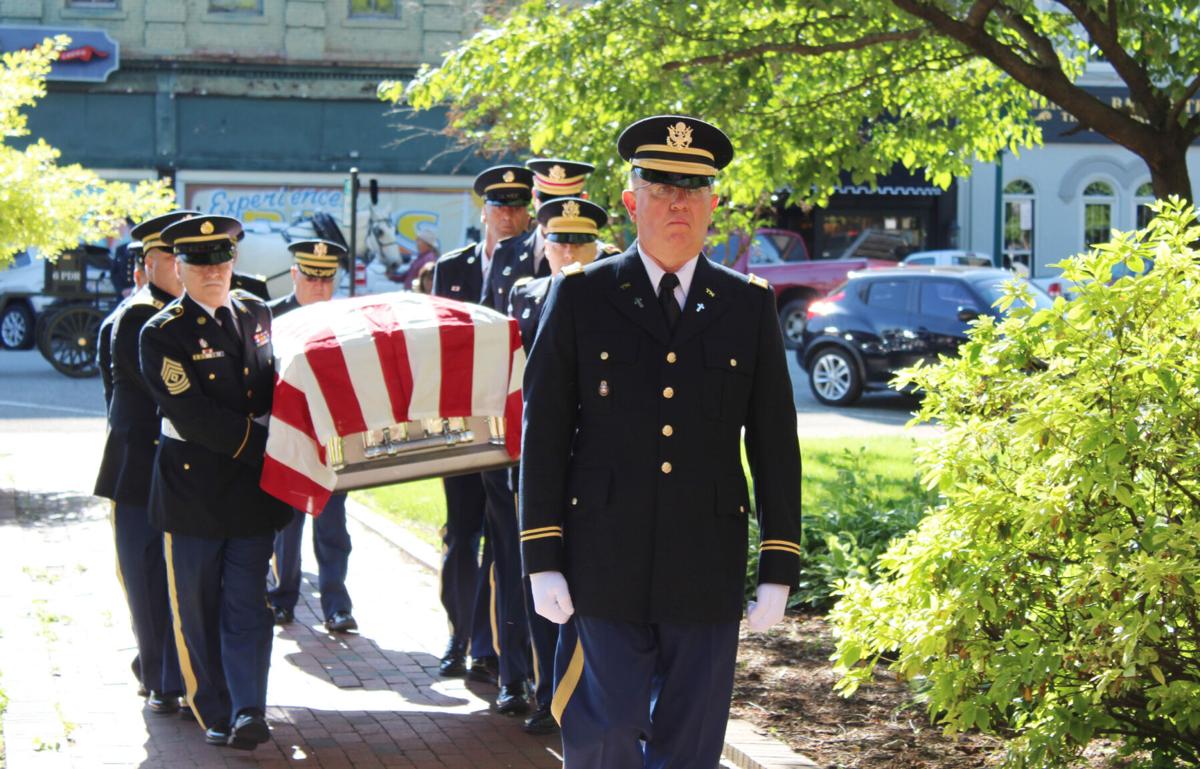 Chaplain Tim Hargett (front) leads members of the Tennessee State Guard toward the steps of the Henry County courthouse during a Memorial Day ceremony Monday morning. The State Guard members carried the empty casket from a horse-drawn trailer to the lawn, and also presented military honors and the retiring of colors. 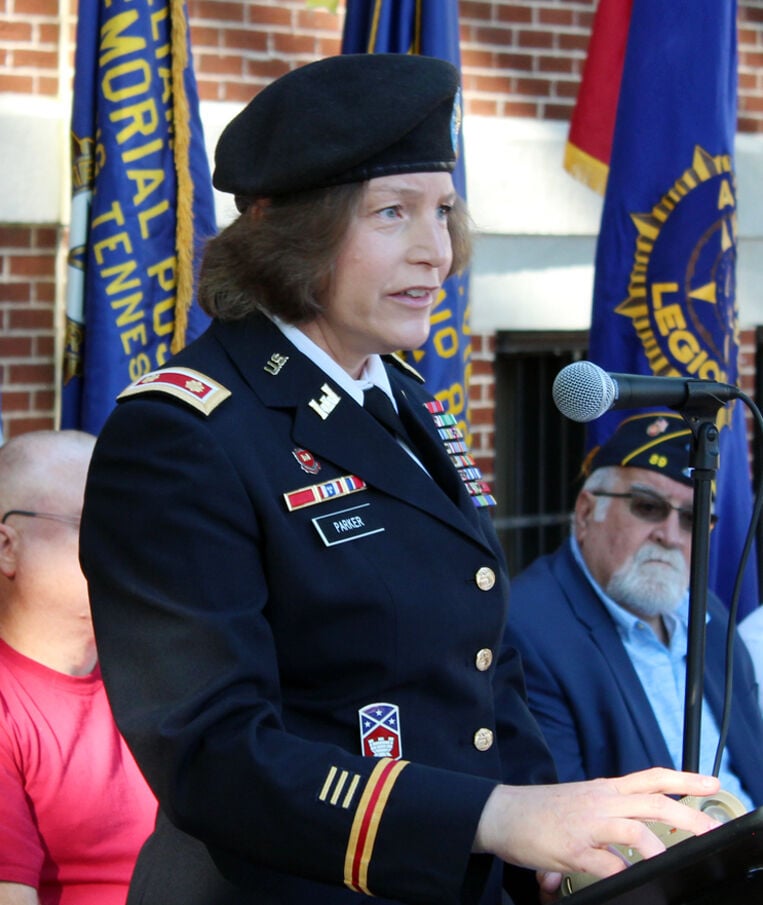 Chaplain Tim Hargett (front) leads members of the Tennessee State Guard toward the steps of the Henry County courthouse during a Memorial Day ceremony Monday morning. The State Guard members carried the empty casket from a horse-drawn trailer to the lawn, and also presented military honors and the retiring of colors.

A chance to spend time thinking about those who have given their lives in the line of duty brought about 175 people to the lawn of the Henry County courthouse Monday morning.

A Memorial Day ceremony organized by the Henry County Veterans Council afforded people a chance to reflect on what the holiday actually means, and to remember how they’ve personally been affected by the loss of someone who was serving in the military.

Maj. Susan Parker, logistics officer with the 194th Engineer Brigade with the Tennessee Army National Guard in Jackson, was the guest speaker.

“This day is significant to some because it marks the end of the school year, or the start of the summer vacation, or is a good time to go shopping. But, by being here this morning, you show that the real significance is so much more than just an extra day off or a long weekend,” Parker told the crowd.

She related the history of Memorial Day, saying it began as Decoration Day in 1868, just three years after the end of the Civil War. It was renamed Memorial Day after World War II, and, in 1971, it became a national holiday.

Since George Washington was gathering his troops for the Revolutionary War, there have been about 1.3 million American service members killed in defense of their country.

One of those was Dusty Carroll of McKenzie, who was with the National Guard in 2005 in Iraq when he was killed by a roadside bomb, an improvised explosive device (IED).

Parker told the tale of one of Carroll’s fellow Guardsmen — whom she knew — who suffered from post-traumatic stress disorder (PTSD) after Carroll’s death, suffering from nightmares.

That soldier was one of several who were put in touch with songwriters in Nashville who listened to their war stories and tried to provide some type of emotional release for them by writing a song related to the service member who had died.

Parker played a tape of the song “I Owe You That,” written by a songwriter named Jeremy Bucy that was inspired by Carroll’s death.

Also taking part in the ceremony were members of the Tennessee State Guard, who brought an empty casket onto the courthouse lawn and provided military honors and retiring of colors, in addition to folding the flag atop the casket.

Andrew Paschall brought the casket onto the court square on a horse-drawn trailer.

The ceremony at the courthouse was followed by a flag run/walk, with dozens going from VFW Post 1889 on East Wood Street to Guinn’s Shoes.

An awards ceremony followed, at which Ann Smith of the veterans council announced the event raised $9,564, the highest amount any of the groups could remember.

The money is used to buy flags to go on veterans’ graves in various cemeteries in the community.