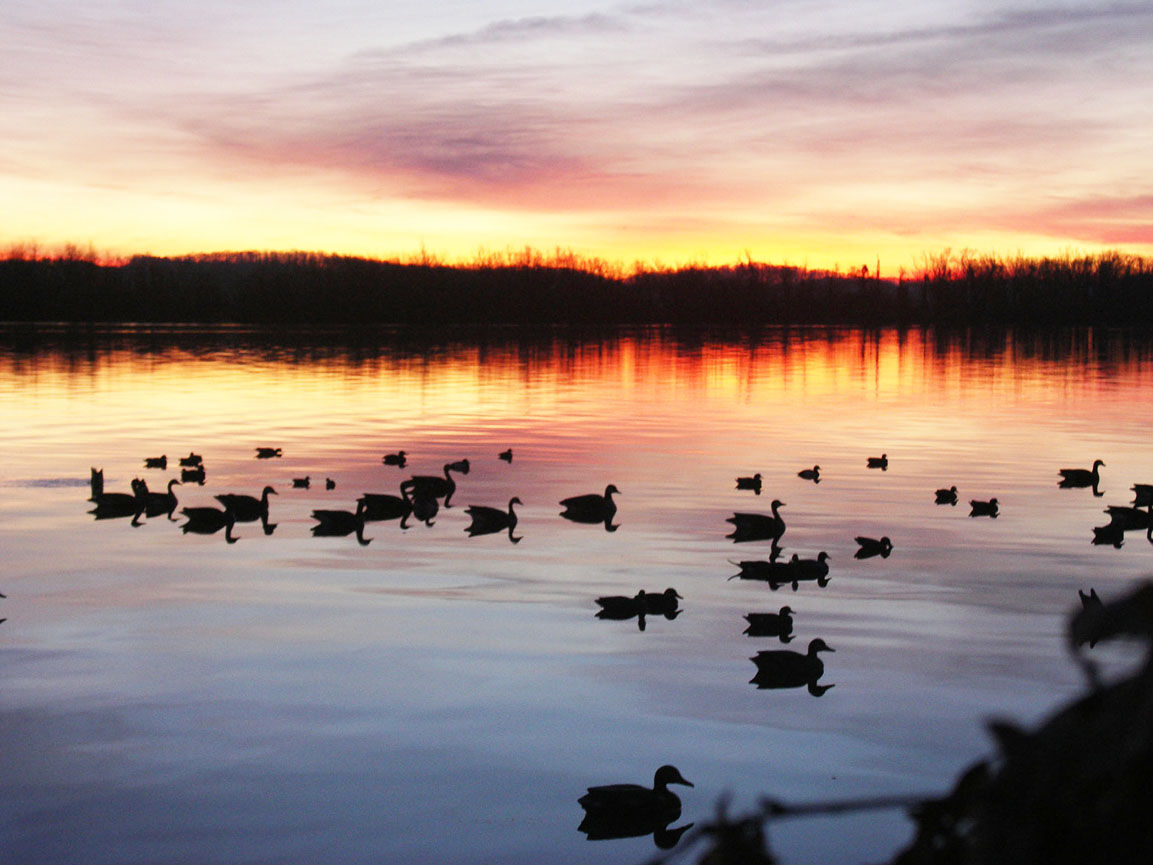 Tennessee’s early duck season for blue-wing teal and wood ducks opens Saturday for a five-day segment. After that, there’s a four-day teal-only segment. It’s a hit and miss situation for waterfowlers as the migration of teal from up north is iffy and its peak is somewhat unpredictable. Still, hunters are glad to have the short opportunity to enter the swamps and marshes and see another sunrise.

Tennessee’s early duck season for blue-wing teal and wood ducks opens Saturday for a five-day segment. After that, there’s a four-day teal-only segment. It’s a hit and miss situation for waterfowlers as the migration of teal from up north is iffy and its peak is somewhat unpredictable. Still, hunters are glad to have the short opportunity to enter the swamps and marshes and see another sunrise.

Every September, Tennessee waterfowlers get a short season that is meant to coincide with the early migration of blue-wing teal. It’s more or less a roll of the dice.

While it’s nice to have the opportunity to get out in the marshes, swamps or backwaters of big lakes before sunrise and go through the motions of tossing out decoys and erecting a temporary blind, it’s somewhat of a gamble.

Blue-wing teal are the first species of ducks to kick-start the annual migration. From their breeding grounds in such places as Alberta, they head south on a long journey. Most have the wetlands of Louisiana as a fall and winter destination.

On their way south, they pass through several states in the Mississippi flyway, often making short stops along the way. Blue-wing teal are known for short stays. They’re here today and gone tomorrow.

A little cold front stimulates movement and they will appear quickly in a region when weather changes put them in the air and on their way. Seems we always get a little push of weather this time of year but it’s unpredictable as to when it will arrive or its duration.

For that reason, the early teal season has always been hit or miss for us here in West Tennessee. There were times when places like Kentucky and Barkley lakes were covered with aquatic vegetation in the shallow bays and flats.

Back in the late 1980s, all sorts of vegetation began entering the reservoirs and the shallow depths were covered, which offered abundant feeding areas for the early migrants plus native wood ducks, many of which raise here.

Hunters had some pretty decent years until the grass died off about a decade ago and never returned.

The absence of aquatics pretty much took away the appeal for early season teal to pause and hang around these parts. Nowadays seems they come and go like a thief in the night.

There are places like Reelfoot Lake that still draw decent numbers at times. The shallow marshy wonderland still has appeal to teal in the early migration although anglers at Reelfoot Lake don’t care for the encroachment of various forms of weeds and moss that take over backwater venues until cold weather arrives.

Wood ducks migrate through, too, but there are several that raise right here in the swamps and sloughs of the Volunteer State.

Tennessee hunters have the opportunity to bag both wood ducks and teal in a short combo season, with our state being one of the few that has that season. Other neighboring states have longer teal-only seasons offering a bigger window of opportunity to catch the fast migration.

This year Tennessee’s early wood duck and teal season opens Saturday for a five-day segment. Dates are Saturday-Wednesday. After that, hunters have a four-day teal only segment that runs Thursday through Sept. 19.

Daily bag limit is the same as last year, with a liberal offering of six, which may include no more than two wood ducks.

Also open is the early season on resident Canada geese. It is already in progress and runs through Sept. 19, so it will coincide with the entire early teal season. A liberal limit of five daily is allowed.

So duck hunters yearning to rise early and tread out across the backwaters in the wee hours of the morning will have an opportunity to do just that for a few days.

If you plan to participate, don’t forget to purchase your Federal Duck Stamp, which is required for all hunters age 16 and older. And, be sure you have all the right state tags before heading out, too, especially if you plan to hunt in a wildlife management area.

Refer to the Tennessee Wildlife Resources Agency website for all the details or pick up your free copy of the Tennessee Hunting and Trapping Guide, available anywhere hunting and fishing licenses are sold.

If you forget and find yourself heading to the hunt, you can still obtain all licenses or the Federal Duck Stamp online. Log on to: GoOutdoorsTennessee.com. There you can obtain whatever you need but the best deal is to visit your local license agent and get what you need prior to the hunt and save yourself a few dollars as the online boys will charge you a service fee.

The early season is nice for a lot of reasons. It serves as a test run before the winter season arrives where hunters can put a little polish on the retriever pup, test the boat motor, try out a new gun, monitor leaking decoys and really test for leaking hip boots and waders.

Wet boots are a real hurdle for hunters but best to find out during warm weather instead of waiting till winter’s bone-chilling mornings. Cold wet feet have never really appealed to me.