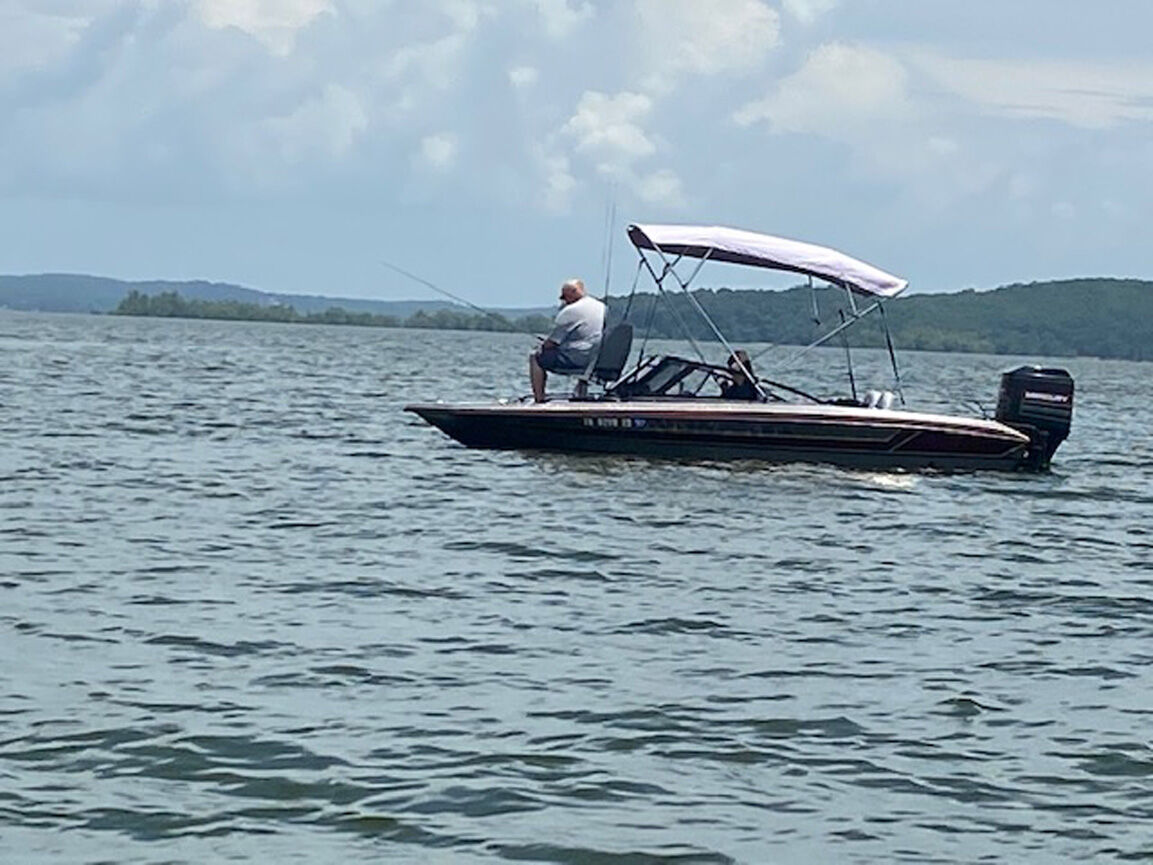 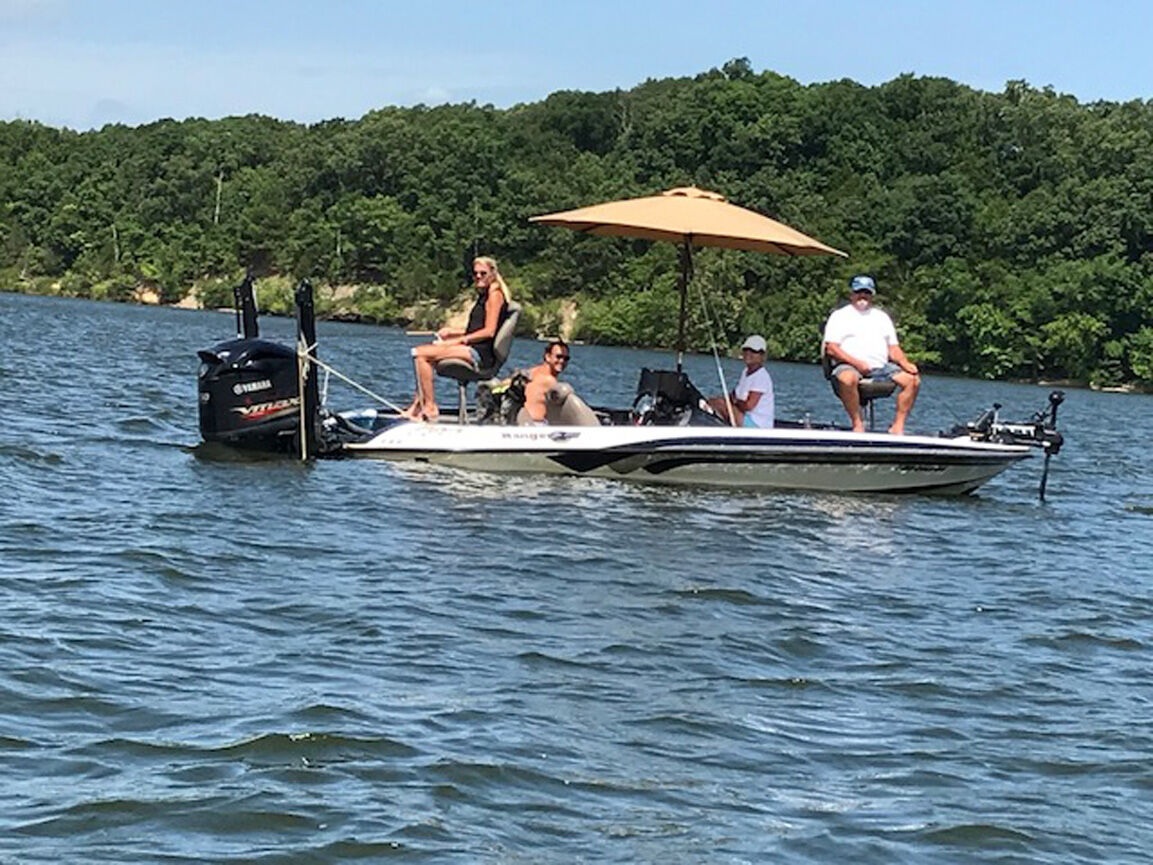 Late July with its typical hot and muggy days has a reputation for a somewhat sluggish summer fishing scene unless you rise before dawn and hit the water early. If you’re disciplined enough to do that, there are a few decent hours of fishing awaiting your arrival each morning.

Such has been the case this week as temperatures lingered in the mid- to upper 90s a few days with light breezes that sometimes never materialized until mid-morning and a lack of air stirring sort of added to the humidity. Some days had cloud cover and a light southwest wind while other days were downright stagnant.

Ready for a change? Not to worry — cooler days are coming, say all the weather forecasters from here to Timbuktu.

Anglers are watching the long-range forecast and anxious to see an approaching cool front that should arrive by this weekend, if not sooner.

Daytime highs will fall and nights are expected to cool down, too.

The weathermen are singing a tune everyone wants to hear; highs will only be in the mid-80s and nighttime temps are expected to fall into the low to mid-60s. Perhaps a little touch of fall will sneak in the door this weekend and early next week if only for a short visit.

That might put a little pep in the step of bass, crappie and catfish anglers who are in need of a break from the summer doldrums.

Lake levels are currently in the 357.7-feet range in the Kentucky Dam sector and slightly lower upstream in the Paris Landing and New Johnsonville area. The readings are down a few inches from last week at this time, which is normal on TVA’s winter drawdown curve for late July.

Surface temperatures reflect the long stretch of hot weather we’ve endured lately as readings are holding in the 86- to 88-degree range. Water color is clear across the reservoir.

The TVA is pushing a little water through Kentucky Dam so that’s keeping a slight current out there on the main Tennessee River channel at times. That scenario is helping catfishermen hold on to a fair bite as boaters work main channel ledges with bottom bumping rigs.

Mayfly hatches continue up and down the reservoir at times and that has helped some anglers find shallow bass activity while others are casting ultralight tackle and picking up a few bluegill and assorted other species.

When Mother Nature’s buffet hits the lake, it seems several different species show up at the table.

MAYFLIES CAN BE A FACTOR

When mayflies begin falling from overhanging willow limbs there’s usually not only an abundant food source but a shady canopy to go along with it. Odds of finding fish holding in the shady spots and competing for falling flies sets the stage for some pretty good fishing.

From flyrod enthusiasts to bass fishermen who learn to master the art of skipping a Texas rigged craw or worm beneath low spots where finicky fish lay in wait, fishing the mayfly hatch can be rewarding during the sweltering summer periods.

A shallow bite continues for a few bass fishermen who are targeting such areas plus scouting for schools of pin minnows holding around any structure just off the shoreline or island rims. Treelaps or logs that are holding minnows will usually produce a bass, especially if there’s any current pushing the schools of bait into eddies around the structure.

Several recent tournaments have recorded a below average bite. Finding hefty stringers has not been in the cards even for some veteran anglers who usually know the whereabouts of midsummer bass.

It’s fair to say the overall summer bite for bass has been tough this year. However, anglers are glad to see the abundance of small baitfish schools coming on and that should help the overall situation as fall approaches.

Summer crappie fishermen are finding a few fish scattered about but not a lot of boats are on the water and braving the heat. Those early risers are catching a few fish and then throwing in the towel by midday if not sooner.

Depths of 18 to 25 feet have been reluctant to give up big numbers of fish although some decent ones have been taken there. Anglers vertical fishing manmade fish attractors in 12 to 15 feet are finding scattered success and having to make a lot of stops to accumulate a decent mess. Limits of fish are not part of the summer fishing scene lately.

Trolling crankbaits along main lake ledges is still a productive technique as some boats and pontoons are doing just that along the open water sandbars and dropoffs. Depths of 12 to 15 feet are holding a few fish and anglers pulling Bandit crankbaits in the shad, white/chartreuse, chrome and blue/chartreuse are landing a mixture of crappie, catfish, white bass and largemouth at times as their pulls cover vast areas.

As cooler days enter the forecast ,anglers best take advantage of it and hit the water this weekend and next week. Cool spells this time of the year are rare, so make the best of it.