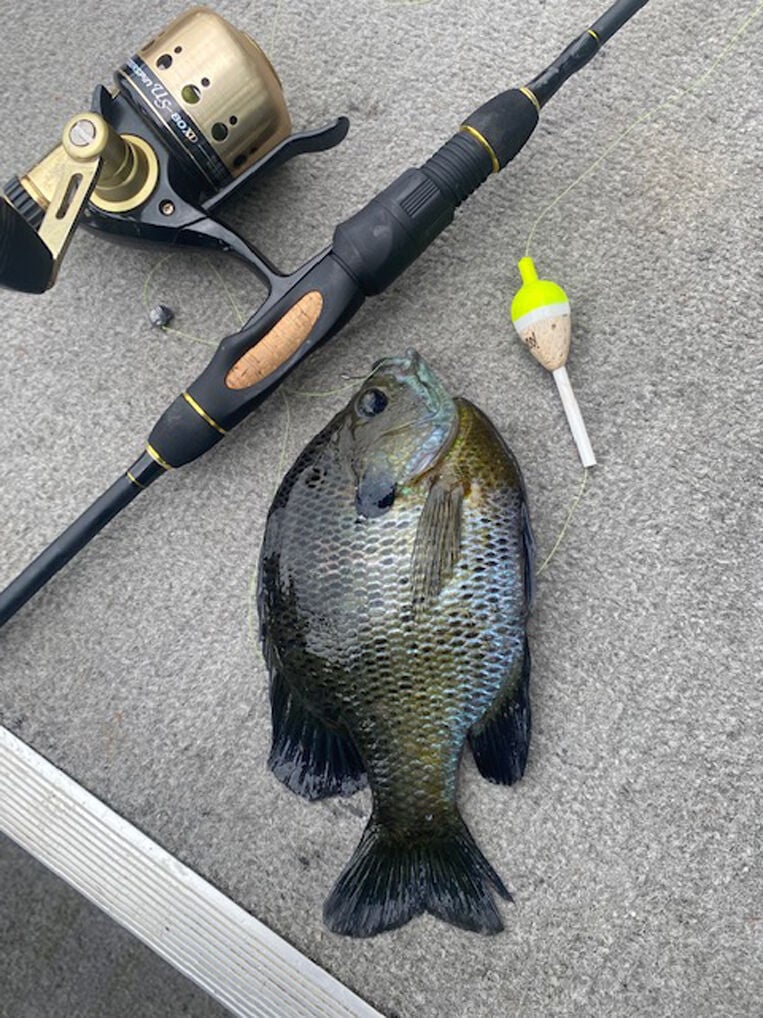 Using ultra-light spinning tackle will produce a battle with big bluegill who sport an attitude when protecting bedding areas this time of year. Using slip bobbers to regulate depth will also help detect light bites and aid in casting. Seeing a bobber disappear never goes out of style. 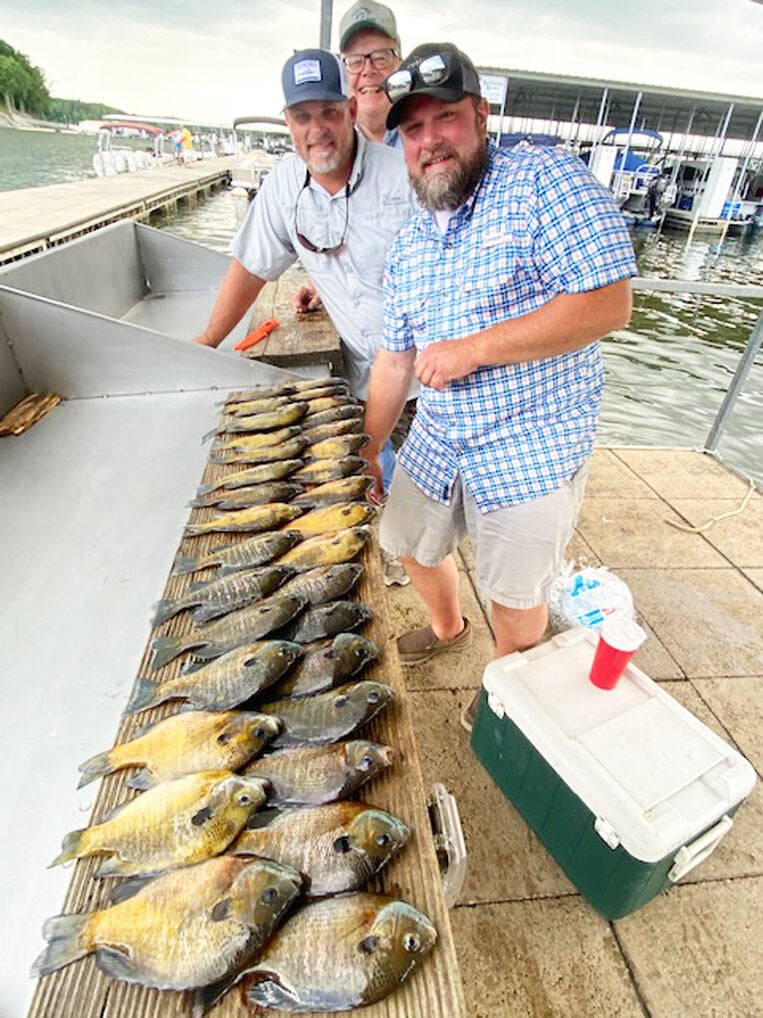 Using ultra-light spinning tackle will produce a battle with big bluegill who sport an attitude when protecting bedding areas this time of year. Using slip bobbers to regulate depth will also help detect light bites and aid in casting. Seeing a bobber disappear never goes out of style.

After a strange cool front that nipped a lot of fishing plans in the bud last weekend, Kentucky Lake anglers have shaken it off and headed back to battle. Before the arrival of some weird weather, anglers up and down the reservoir were chalking up some pretty hefty stringers of catfish and bluegill. And, a few bass and crappie were showing up too. At midweek, action had already resumed in between a few showers that had fishermen donning rain gear. Temperatures are forecast to return to the low to mid-80s across the region and odds of another uninvited cold front altering the fishing scene are unlikely. Currently, Kentucky Lake’s elevation is staying relatively stable. Readings have remained around the summer pool mark of 359 feet around Kentucky Dam and further south on the reservoir. Water color remains clear with a few pockets sporting a slight stain. Surface temperatures dipped slightly last weekend but have returned to the 75- to 79-degree range. Bedding bluegill were still hot to trot this week and holding on to some late spawning phases that saw some deeper bedding areas start to pay dividends. There were still some fish relating to outside buck bushes and weed beds in the bays as well. Back in May, not many bluegill or redear were favoring deeper spots, opting instead to relate best to shallow areas along shoreline habitat. Just last week some of the deeper bedding areas out away from the shorelines in 5- to 7-foot depths seemed to appeal as nice dark males that were fanning beds were taken there. Anglers should enjoy another week or so of bedding phases before the bull bream back off the beds and scatter somewhat. It’s not too long before an early mayfly hatch emerges as the first one usually shows up around the mid-June time frame. Catfishermen are still logging some nice catches. Some boaters have already backed away from shallow banks and chosen to stalk the main river channel areas where decent numbers have been taken in depths of 30-45 feet. Current always seems to help the catfish bite and some days there hasn’t been much water moving. However, if you catch it right with a slow current you can rack up big numbers. Some fish are apparently suspended at times, too, but some fishermen are always bumping bottom and experimenting from there. Nightcrawlers, big minnows and chicken livers have been paying off quite well. Not all the catfish are deep as some bank fishermen and those stalking bluegill beds are still encountering some roaming cats at times. As surface temps rise, watch for that deeper bite to improve even more. The bass bite has been fair but some experienced tournament anglers are still challenged by the inconsistent late spring bite. Seems a few fish have been filtering back to main lake ledges in their postspawn phase and relating to humps and sandbars at times. Most anglers are having trouble finding any schooling fish out there on the main lake ledges but rising surface temps should see more fish starting to group up, especially if current pushes them toward structure or on the downcurrent sides of sandbars. Not all the bass have left shallow shoreline habitat as some bass fishermen are still pitching and flipping shallow buck brush and willow trees in pockets off the main lake and even in the backs of some bigger bays. Some decent fish have been caught by anglers pitching Texas rigged craws and lizards plus jig and craw combos. A Texas rigged worm has worked too, as have some topwater jerk baits or some fluke style presentations. The last few weeks, some dandy smallmouth have been taken by anglers turning their backs to the bank and targeting humps and submerged creek channels. So it’s vintage Kentucky Lake late spring patterns; some fish are heading deep while some fish are relating to shallow structure where schools of pin minnows are beginning to show up on laydowns and weed and bushes mixed together. It appears a pretty good shad hatch has taken place as schools of fry are congregating around weeds, bushes, willow trees and any blowdowns that offer them refuge. The presence of a good year class forage base coming on is a positive sign for the summer bite that lies ahead. Crappie anglers haven’t been bragging too much as of late, but watch for improvement in the weeks ahead as June has a reputation for producing nice numbers. The fish have put spawning in the rear view mirror and once surface temps heat up, they park in midrange depths for a month or more. Depths zones of 12-15 feet will hold good numbers of crappie for the next few weeks. Normally the fish relate well to deeper structure such as brushpiles and stakebeds. Vertical presentations of live minnows and jigs will pay dividends and odds are the bite should be better for some anglers than it was back during the crazy spring months when changing weather and lake levels dealt the cards. With stability now part of the fishing forecast, anglers should be able to better pattern the whereabouts of late spring and early summer crappie. Generally speaking, the fish will take on a more structure-oriented mood, relating to submerged structure in their midrange depth comfort zones. June has long been a month that was overlooked and underrated by crappie anglers on Kentucky Lake.