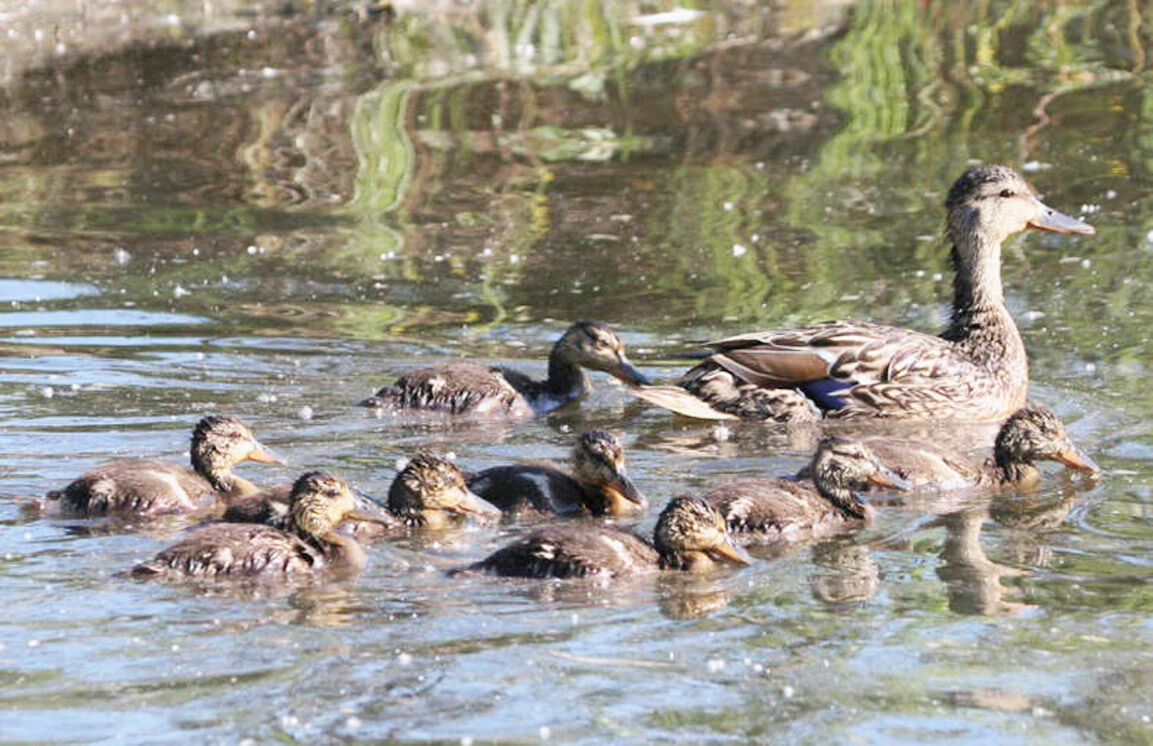 “The prairie pothole region — the most important duck production area on the planet — is almost universally dry. There will be far fewer juveniles in the fall flight, and that’s unfortunate because the best seasons are those with an abundance of young ducks” says Delta Waterfowl, an organization that forecasts what kind of duck season it will be.

“The prairie pothole region — the most important duck production area on the planet — is almost universally dry. There will be far fewer juveniles in the fall flight, and that’s unfortunate because the best seasons are those with an abundance of young ducks” says Delta Waterfowl, an organization that forecasts what kind of duck season it will be.

News this week about the forthcoming fall flight of ducks isn’t what weary duck hunters wanted to hear. It’s not going to be a washout but waterfowlers across the Mississippi flyway were hoping to read about scores of young ducks in the migration this year. That’s not the case, say biologists with Delta Waterfowl, who earlier this week released details of what Dixie duck hunters can expect as the fall and winter season draws near. It’s going to be a reduced fall flight in the aftermath of dry conditions across the prairie pothole region, known as the duck factory. “The prairie pothole region — the most important duck production area on the planet — is almost universally dry. There will be far fewer juveniles in the fall flight, and that’s unfortunate because the best seasons are those with an abundance of young ducks,” said Frank Rohwer, president and chief scientist of Delta Waterfowl. After a lackluster season last fall and winter, it’s sort of adding insult to injury to hear such projections. Meanwhile, here are some of Delta’s details that help paint the true picture of why things have gone awry. While populations remain strong, dry breeding conditions across the vast prairie pothole region likely led to poor duck production. Delta Waterfowl forecasts that poor breeding conditions in the prairie pothole region will result in a smaller fall flight than waterfowl hunters have experienced for many seasons. The Duck Hunters Organization expects that while blue-winged teal, green-winged teal and gadwalls had average to belowaverage production, other key species fared worse, including mallards and, even more so, pintails, wigeon and canvasbacks. “The most important duck production area on the planet … is almost universally dry,” said Dr. Rohwer. “A lot of the prairies were dry the past two springs as well, but at least there were pockets of areas with good wetland conditions. “But this year we likely had poor duck production due to many birds overflying the prairies, and those that stayed showed reduced re-nesting effort and low brood survival. There will be far fewer juveniles in the fall flight, and that’s unfortunate because the best seasons are always those when you’ve got an abundance of young ducks winging south.” Delta’s analysis is delivered despite the second-straight COVID-related cancellation of the Waterfowl Breeding Population and Habitat Survey, a key barometer of the fall flight that’s otherwise been conducted annually since 1955 by the U.S. Fish and Wildlife Service and Canadian Wildlife Service. State surveys were, however, successfully conducted by wildlife departments in North Dakota, Michigan, Wisconsin and Oregon. Nowhere were drought conditions more evident than in North Dakota, a critical duck producing region for the Mississippi and Central flyways. The North Dakota Game and Fish Department estimated an 80% decline in wetlands from 2020, and the breeding duck estimate of 2.9 million marks a 26.9% drop from last year. “North Dakota’s survey is the bad news we knew was coming,” Rohwer said. “The reduction in water is staggering. It’s the highest percentage decrease in the history of the North Dakota survey.”

Still, there are silver linings to be found when small, shallow prairie wetlands — those most vital to making ducks — dry out. Little precipitation fell throughout the winter and early spring, and in turn the normally wet pools produced abundant vegetation. “The drought cycle rejuvenates wetlands with food for hens and ducklings in the following spring,” Rohwer said. “Assuming we have better water next year, ducks will rebound quickly. We could have outstanding duck production.” Carryover ducks from consistent years of good production also means that populations of adult, breeding ducks — though far more challenging to decoy — remain high. Despite indicating a significant decrease from 2020, North Dakota’s breeding-duck estimate remains 19 percent above the long-term average. And longterm data indicates that most duck populations are well above average — including a 2019 estimate of 38.9 million breeding ducks, 10% above average. “It’s going to be a tough year, but the good news is duck numbers remain relatively high,” Rohwer said. “This isn’t like 1992 when we entered a drought and the bottom had already fallen out in terms of breeding populations. And one of the things about a drought is you get better hen survival in the summer, because their nesting efforts are weaker and therefore they are less vulnerable to predators.” Delta expects that mallards had poor production. “Mallards are great re-nesters — one of the key reasons they’re such prolific ducks is if one, two or even three or more nests fail, they’ll try again — but that isn’t going to be the case this year,” Rohwer said. “Wetland resources that drive re-nesting were not available.” More details will emerge in the weeks ahead as to a breakdown on species. Meanwhile, hunters here in Tennessee and across the southern region are sort of absorbing the tough news and letting it soak in. All southern duck hunters know weather is the big factor for us. Population trends are important, no doubt, and it’s always uplifting when an increased fall flight pumps up the interest level. Bottom line is there are still plenty of ducks but this year’s flight will have some older and wiser ones winging our way. As if we needed an additional challenge. Yet weather will deal the cards. Water conditions and cold fronts pushing through at the right time will greatly influence how things turn out. That’s always been the case, it seems. Despite what appears to be a reduction in overall numbers, we could still have a good season if the weatherman pulls a few rabbits out of his hat at the right time. Duck hunting south of the Mason-Dixon line is mostly about the timing of weather.